Check out the latest Puglia news

Carnevale, also known as carnival or mardi gras, is celebrated 40 days before Easter in Puglia and in the rest of Italy, as well as in many places around the world.

Although carnival is actually one date, the carnival celebrations and parties may begin a couple weeks before. Italian Carnevale is celebrated with parades, masquerade balls, entertainment, music, parties and involves everybody, young and old, throwing confetti at each other and making mischiefs and pranks! Carnevale has roots in pagan festivals and traditions and it is celebrated in many different ways, depending from region to region and from city to city.

Puglia is the Italian region with the most Carnival celebrations: from Massafra to Gallipoli, from Putignano to Aradeo the season sees a continual succession of processions and masquerade balls. 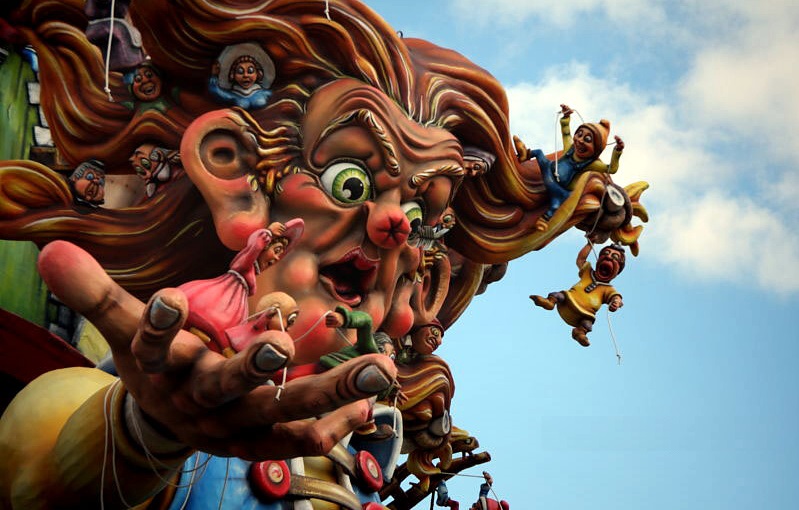 The Carnival of Putignano is the most popular in Puglia, the longest and one of the most ancient Carnivals in Italy. Though in Putignano the celebration starts in late December, most of the parades begin in February together with many concerts and events!

Apulian Carnival is also a synonym for a great float parade — one of the few in Italy that can rival Viareggio’s. Carnevale in Italy is all about fun, as it is the last super cheerful moment before the more serious and less frivolous Lenten period.

On Shrove Tuesday, the rather un-sorrowful funeral of King Carnival takes place along the main streets, while an enormous papier mâché bell tolls 365 times to mark the last moments of the festival. At the very end of the day the people of Putignano have a late-night feast of pasta, wine and dancing to fortify themselves against the somber days of fasting.

You will love to join in the festivities but be careful: “a carnevale ogni scherzo vale”— at Carnival, anything goes!